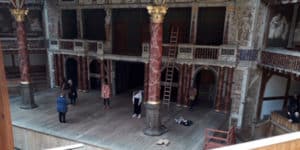 From creative writing workshops to a visit to Shakespeare’s Globe, 30 students got to boost their writing skills thanks to a recent Make Happen literacy event.

The literacy project, called Write Your Own Future was designed to instil creativity, confidence and better writing skills for year 9 students. The first day covered workshops in creative writing, journalism and blogging and memoir writing. The next day, students were encouraged to take their favourite piece of writing forward, developing it into a written piece to be entered into a competition.

Following the workshops and writing classes, schools took students to The Lively Action Workshop at Shakespeare’s Globe in London for a guided tour and a further workshop, where schools were asked to choose a play of their choice that the workshop focussed on.

The final day culminated in a special evening of celebration, whereby parents and carers were invited to join the students at the judging and awards ceremony for their written work. All students received certificates, winners were announced, and winners received a Make Happen trophy.

Ashley said: “It was great to see students’ creativity and imagination flow, and really useful for them to have the guidance to help them adapt their writing styles for different purposes. Feedback from students was very positive and all three schools have asked for the same event again, so it was a great success!” 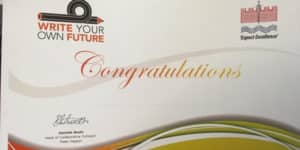 "From creative writing workshops to a visit to Shakespeare’s Globe, 30 students got to boost their writing skills thanks to a recent Make Happen literacy event. "